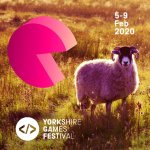 From the perspective of a former game developer – Baran Usta

As a former developer, and avid gamer, I was very excited to be part of Yorkshire Games Festival, as part of my secondment at the National Science and Media Museum. It is not only because I got to listen to exciting talks given by the professionals working in the game industry, but also because of the training and workshops prepared for the enthusiastic students who are planning to be involved in this industry. The industry is vast, however, and there are various ways to take part. These range from being a designer to being an organizer of an e-sport event. As a former developer who had a chance to observe different stages of publishing a game, from conception to release, I was curious more about how these professionals were going to give talks about their expertise to such a diverse audience and communicate their messages. I have always found that very challenging. What I was looking forward to observing, was how they can convey abstract details and concepts while simultaneously bringing everybody to the same level of understanding. Although the game conference was organized more for the people who are exploring the career options in the industry, there were a lot of activities organized for the high school students to learn developing games using popular game engines. There were also workshops aimed at elementary school students to learn basics of coding. For me, when the content is complex by its nature and the audience is this broad, it is especially difficult to give a good talk. In that sense, it was an incredible experience! I observed how different presenters interact with the audience to convey their message. As a side benefit, I got to play some cool games that are not published yet!

The events and activities were organized with three main target groups in mind. The first group were kids who were either visiting the museum with their parents or on a class trip. We attended a session where the kids learned about the basic concepts of space and physics in a very clear and engaging way. It was fascinating to see how the kids were excited about what they learned. Happy to learn, in fact. Especially when they see the applications of the concepts with hands-on experiments, they became a lot more engaged.

Aspiring young students who were interested in the industry or people who are in the early stages of their career and interested in learning more constituted the largest group. As previously mentioned, although the wide range of topics was presented all of the talks were successfully tailored to include everyone in the audience. The presenters really did a fantastic job at engaging the whole audience at any given time. Of course, a level of technological details had to be provided. In this case, they explained the concept in a very concise and simple way making sure that everyone is able to follow the rest of the presentation. Presenting difficult information in an accessible way is important, however, it is not the only piece required to communicate the message; the way they present plays a crucial role as well. For me, it was an educational experience to see how effective humor could be in keeping the audience’s attention. Humor sometimes helped them give the audience some time to digest the information they presented.

The last group contained a number of sessions and workshops for students who enjoy playing games and have interest in the industry but have limited knowledge of game development. Some of the sessions were to teach them basics. There were two stages in these sessions: they had to determine the rules and the gameplay in the first step and implement those using different tools depending on their background in the second. It was interesting to see the different difficulty levels available depending on the student’s background. For example, for the students who are in elementary school, most of the functionality was already implemented and available as code blocks. The students had to put them in the right order to obtain the correct execution whereas the students in high school had to implement some functionality on their own to get a gameplay they had designed.

Overall, my secondment at the Yorkshire Games Festival helped gain perspective about all the different communication elements critical in engaging people from diverse backgrounds and ages. Moreover, I figured out these festivals are necessary not only for the audience to learn about new developments but also for the people who are presenting it, especially for the scientist. This is because scientists usually do not have direct access to see people reactions to their work, which I saw can be very motivating. For example, seeing a kid amazed and fascinated after figuring out how sound travels through matter was an incredible experience for me since it also reminded me how I was amazed and still feeling thrilled when I learn more about science. I call this secondment a success.